A review by Golf Empire

They say you only get one chance to make a first impression and I was well and truly mesmerised when I first set sights on Wallasey.

I can still vividly remember several years ago walking from the car park round to the back of the clubhouse and casting my eye over the 18th green and the narrow, turbulent fairway leading towards it.

Fast forward to 2014 and I still think that looking out from the large clubhouse window is one of the great views in golf. It allows the first-time visitor to contemplate with intrepid excitement how on earth they will reach the green with such a tight and undulating fairway.

However, before you experience the 18th you have another 17 superb holes to enjoy, a few of them arguably world-class. All but a handful of holes are played through or over gigantic sand dunes and this makes for scintillating golf.

One of the features at Wallasey is playing your second shot at many of the par fours to raised greens, and it is a couple of these that provide the best holes. The third, aptly named 'Valley', is an excellent hole where first you must thread your drive between a corridor of large sand dunes before rising up to the green high above. Prior to that the first eases you into the round with a tee-shot that restricts you from hitting driver and has a green slightly hidden away whilst the second is the longest par four on the course sweeping to the right but with a couple of well-placed bunkers preventing you taking the shortest route.

One of the best views on the course is that from the fourth tee which sits atop of the highest dune on the links. As you make your way from the third green it suddenly appears before you, a magnificent sight with the sea and beach on the right and an arching fairway well below - similar to that from the fifth tee at Silloth on Solway but perhaps more picturesque. It's a good par five hole but is weakened by the fact you are able to bail out from the coastal out-of-bounds by hitting onto the adjacent 17th fairway.

The fifth is the first of four very good par threes with another tee high in the dunes and a descent to the green. The ninth is a medium length par three and is less links-like than the rest of the course with trees sheltering the putting surface at the rear. Hole 12 is the shortest of the one-shotters but has the smallest green and most bunkers whilst the best is saved for last with the 200 yard 16th etched into the side of a huge dune with a perilous carry to find the shelf that the green sits upon.

Six is a short par four offering the opportunity to risk flirting with a splattering of bunkers and getting close to the green or laying up short of them requiring a longer second shot. The seventh is one of three par fives laid out on the flatter land away from the sea. It is well bunkered throughout but with a tail wind is reachable in two. The other two long holes on this more open ground are the 13th and 14th, running parallel to each other, and although both are sound holes they are less interesting than the 'dune holes'.

The eighth is a lovely hole shaping to the right before its sheltered green comes into view around the corner. Two large bunkers on the left must be avoided as too must the encroaching practice ground on the right.

The 11th is possibly the best hole on the course, and wouldn't look out of place at any of the Open Championship venues, with a similar drive to the third then an elevated approach to a two-tiered green encompassed by trouble on all sides. You also play to greens high above at the 10th and 15th. The second shot into the 10th - a short but severe dog-leg hole - can be a terrifying shot, especially if played into the wind, as anything short could come back 60 yards down the fairway towards you. Meanwhile, the 16th is a gloriously difficult yet brilliant hole whilst the 17th is a long par four played into an enclosed green that may not be visible unless you are on the centre or left of the fairway.

Once on the 18th tee everything becomes a little bit clearer about the architecture of this hole. The landing area is actually fairly generous before it filters into the slither of fairway you see from the behind the green. You are benefitted by having a beautiful church tower in the background as your ideal line from the tee. The green is slightly angled and set in a shallow bowl in front of the clubhouse.

Dr. Frank Stableford, famed for devising the modern-day Stableford points scoring system, played much of his golf at Wallasey. Although he had experimented previously with a similar idea at the turn of the 20th century he came up with the present day formula in 1931 whilst playing the second hole at Wallasey. It's not difficult to see why the inspiration for Stableford points originated at Wallasey for when the wind blows some of the more exposed holes become extremely difficult. Keeping the ball low when playing to some of the plateau greens is not really an option and a medal score could be ruined in the blink of an eye.

Wallasey is one of my favourite courses. It's not big and bold like a Royal Birkdale or Saunton (East) but is more intimate and picturesque. It's not an overly long course either but despite all the undulations it's a fair one and you usually get what you deserve. Many of the tees are located high in the dunes, therefore, lots of drives have an inviting feel to them.

In early June 2014 the greens were not as fast as they have been on previous visits but they were true and the rest of the course was immaculate with the rough quite thick.

Wallasey rightly plays second fiddle to Royal Liverpool on the Wirral but it is a terrific supporting act and a genuine highlight on England's Golf Coast.

It is such a fun golf course to play with an endless variety of shots required to hit into the greens, especially the ones set high in the dunes.

'Wallasey GC – What are the Attributes which make good routing'

Little of the 1891 course remains intact. Gales, blown sand, War Office requirements and the desire for extra length have led to several reconstructions. Only four of the original greens have stood the test of time and are incorporated in the present layout: ‘Stableford’ (2nd), ‘Lane’ (7th), ‘Hummocks’ (8th) and ‘Old Glory’ (12th). Several architects have been used over the years, most notable Harold Hilton (four times Amateur champion and twice Open champion) and James Braid (five times Open champion). 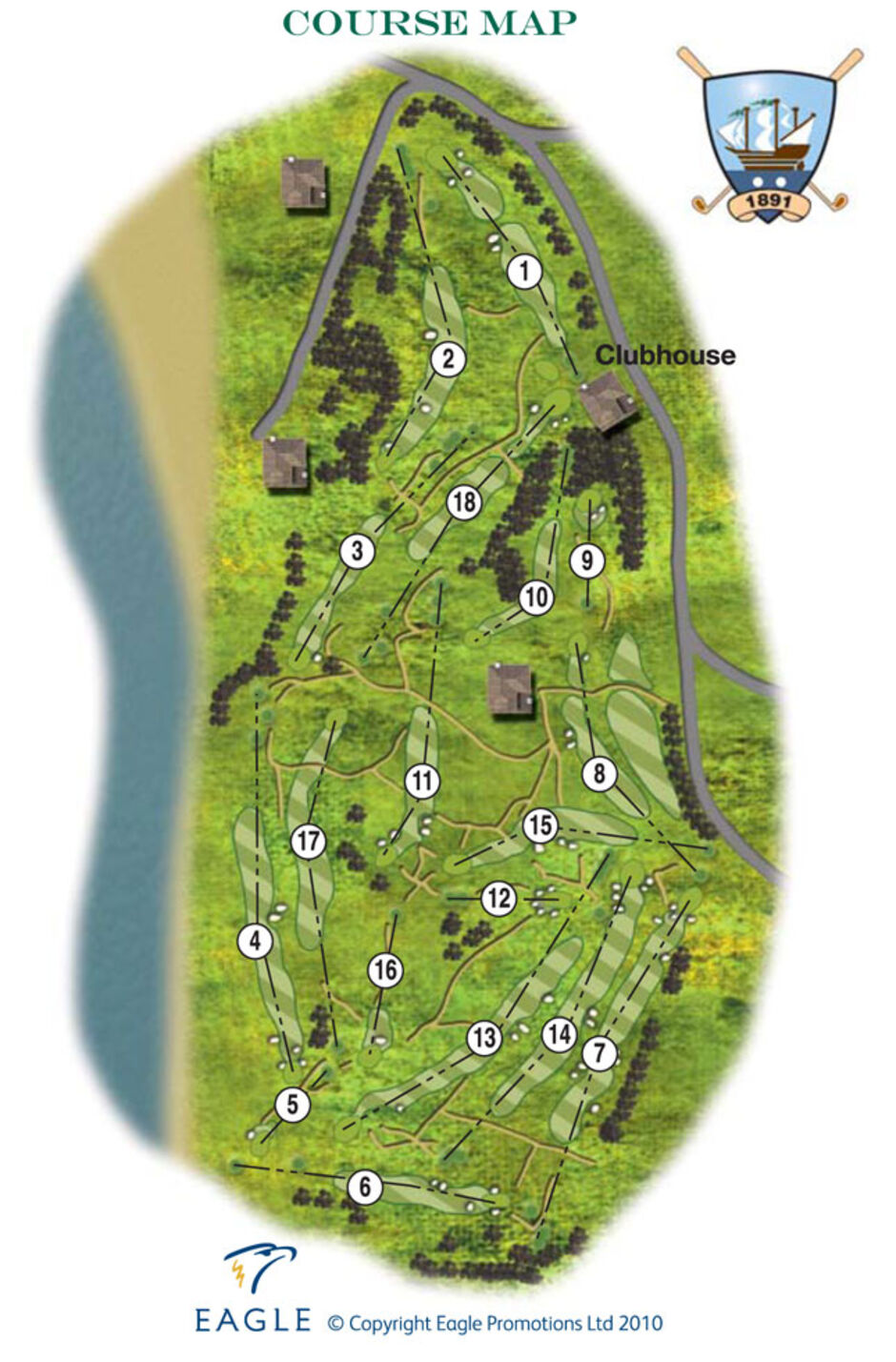